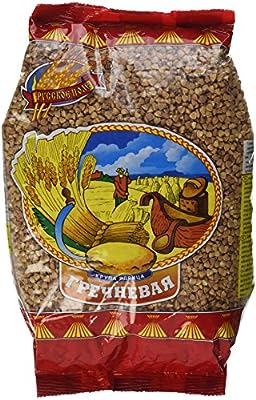 Price: $28.49
As of 2021-09-25 20:45:34 UTC (more info)
Product prices and availability are accurate as of 2021-09-25 20:45:34 UTC and are subject to change. Any price and availability information displayed on https://www.amazon.com/ at the time of purchase will apply to the purchase of this product.
Availability: In Stock
Add to Cart
Buy Now from Amazon
In Stock.
Product Information (more info)
CERTAIN CONTENT THAT APPEARS ON THIS SITE COMES FROM AMAZON SERVICES LLC. THIS CONTENT IS PROVIDED 'AS IS' AND IS SUBJECT TO CHANGE OR REMOVAL AT ANY TIME.

Buckwheat groats are commonly used in western Asia and eastern Europe. The porridge was common, and is often considered the definitive peasant dish. It is made from roasted groats that are cooked with broth to a texture similar to rice or bulgur. The dish was brought to America by Ukrainian, Russian and Polish immigrants who called it kasha Buckwheat contains no gluten and can consequently be eaten by people with coeliac disease or gluten allergies. Gluten Free 6 x 900g

There are no customer reviews yet. Be the first to Write a Review!

Cookies help us deliver our services. By using our services, you agree to our use of cookies. Learn More Accept

Wait! We have something for you...

Don't leave empty-handed! Simply enter your email below and we will send you a great discount on our products:

We hate spam as much as you do! Your details are never shared and you can unsubscribe at any time.